Restoring fairness and equity to Maine’s bind-over process: providing youth charged as adults the right to an immediate appeal 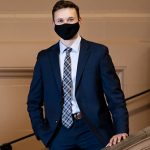 In August of 2019, as I sat at my desk while completing a legal internship in corporate law, a notification popped up on my computer screen from the Bangor Daily News. The headline read “Teen involved in deadly Lewiston brawl will be tried as an adult.” As someone who follows youth justice news closely, I knew this “teen” was Emmanuel Nkurunziza, a 17 year-old kid who had been charged with manslaughter in the death of a Lewiston man in June of 2019.

Because the prosecutor on the case thought that Emmanuel should be tried as an adult, he submitted a petition to the court to “bind him over.” Maine’s “bind-over” statute grants prosecutors the ability to ask a Court to transfer a young person to adult court if they believe the youth cannot be appropriately rehabilitated by Maine’s juvenile system. In Emmanuel’s case, the Judge agreed. 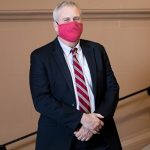 I immediately told Professor Chris Northrop, director of Maine Law’s Juvenile Justice Clinic that Emmanuel should appeal. In response, he told me that youth bound over to adult criminal court for trial could not appeal the decision until their criminal case is resolved. Even worse, the State—if the court failed to bind over a youth—was not up against the same statutory limitation on its right to appeal. This seemed wrong.

A few months later, I began working at Maine Law’s Juvenile Justice Clinic for Professor Northrop, representing Maine youth in a variety of different legal matters. From the moment I began, I knew I wanted to work on legislation correcting the current bind-over appellate scheme.

Because Maine’s legislature was adjourned for most of 2020 due to the Covid-19 pandemic, I had time to prepare for the new legislative session in 2021.  I started writing a report laying out the rationale for the legislation I planned to develop. I also met with representatives from Maine’s prosecution, defense, and mental health communities, listening to feedback on the proposed change and building a broad network of support.  The change we were advocating for was simple: Strike any language limiting a youth’s right to appeal, and insert language making it clear that a youth could appeal a bind-over decision immediately.

Under the guidance of Professor Northrop and Jill Ward, at the Maine Center for Juvenile Policy and Law, I secured Senator Donna Bailey from Saco as the primary bill sponsor. Senator Bailey worked with us and submitted our bill to the Revisor’s Office. In mid-January, LD 27, titled “An Act to Provide an Immediate Opportunity to Appeal for a Youth Bound Over into Criminal Court” was printed and shortly thereafter we received notice that LD 27 was headed before the Criminal Law Advisory Commission (CLAC) for review. CLAC provided feedback and ultimately supported the bill after suggesting a couple technical tweaks and language changes. Two weeks later the bill was before the Joint Standing Committee on the Judiciary for a public hearing.

Leading up to the public hearing, we were able to obtain written and/or oral testimony in support of LD 27 from the Maine Association of Criminal Defense Lawyers, the Maine Prosecutors Association, the ACLU of Maine, and a number of other Maine based advocacy organizations.

Most importantly though, we were able to obtain written testimony in support of the bill from Will Smith and Dominic Sylvester, two youth who had previously been bound over. Their testimony -and voice -were powerful. Legislators considering whether to support the bill could read in the words of youth directly affected why this change was necessary.

After the public hearing, LD 27 was scheduled for a work session the following week. At the work session, the committee unanimously voted to send the bill to the Maine House and Senate with a designation of “ought to pass-as amended”. On March 12th, both the Maine Senate and House passed LD 27 and on March 17, 2021 Governor Janet Mills signed the bill into law.

Maine Law is truly changing the game when it comes to legal education. During my time as a student, I was able to enact real change by supporting targeted legislation that fixed a problem I cared about deeply. Three months before I get my degree, I can already say I have helped make the system fairer for Maine youth. I was part of something very meaningful and memorable: Public Law 130; Chapter 23.