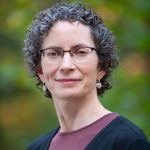 Congresswoman Chellie Pingree, Congressman Jared Golden, and Senator Angus King recently announced they will convene an eleven-member advisory committee to review and provide recommendations to President Biden on candidates to serve as U.S. Attorney for Maine. Deirdre Smith, associate dean of experiential education and managing director of the Cumberland Legal Aid Clinic at the University of Maine School of Law, was selected as one of the members of the committee.

“The U.S. Attorney is the top federal law enforcement officer role in Maine, and their work will be key for our state and nation’s success. This commission will screen and interview qualified Mainers who could serve the Biden Administration in this role. We’ll rely on their advice when we make our congressional recommendation to President Biden,” said Pingree, Golden, and King.

The advisory committee will solicit, interview, and review applications for the role of U.S. Attorney for Maine. In addition to Associate Dean Smith, members of the committee include:

Interested candidates for U.S. Attorney for Maine should send a resume, cover letter, and 2 letters of reference to pingree.resume@mail.house.gov by 5:00 pm on Friday, February 12.