Leigh Saufley, dean of the University of Maine School of Law and former Maine Chief Justice, and Joyce Gibson, associate professor of leadership studies at the University of Southern Maine and former dean of Lewiston-Auburn College, have been named to the Maine Women’s Hall of Fame.

Saufley and Gibson are the 2021 inductees to the Maine Women’s Hall of Fame, which is dedicated to women whose achievements have had a significant statewide impact, have significantly improved the lives of women, and whose contributions provided enduring value for women. A virtual induction event is scheduled for March 20, 2021.

“Dr. Gibson is one of the strongest and most passionate advocates for women’s advancement and equality that I have had the pleasure of working beside,” said USM President Glenn Cummings. “Her work inside the classroom and out has been fueled by her upbringing in Mississippi during the civil rights movement and has not diminished with time. Early on, she recognized the opportunity education provides for upward mobility and has taken this philosophy into her work as an educator and advocate. Dr. Gibson’s work has had a profound impact on the Maine community as a whole, educating and elevating Maine’s women.”

“Across time it has taken courage and conviction to eliminate barriers and build a stronger, more inclusive culture,” says Dannel Malloy, chancellor of the University of Maine System.  “With leaders like Dr. Gibson serving as educators, advocates, and partnership builders, higher education has helped to lead the way.  We are grateful for Dr. Gibson’s contributions to social justice and diversity and the work she has done to develop opportunities for female faculty at the University of Southern Maine and are incredibly proud to celebrate her induction into the Maine Women’s Hall of Fame.”

“Leigh has a rich history as a leader who advocates for and contributes to the lives of women and families in Maine and beyond,” says University of Maine President Joan Ferrini-Mundy, who nominated the UMaine alumna for the Maine Women’s Hall of Fame. “Her integrity, character and passion make her an outstanding mentor and role model for us all. It is truly inspiring to see all that she has contributed to the lives of women and girls in Maine, and to public service for the state.”

“In a state that recognizes the value of women in leadership roles in government, business and law, Dean Saufley’s long-time public service in leading the Maine judiciary made her the best choice to lead Maine’s only law school, too,” says Malloy,  who tapped Saufley to become dean of the University of Maine School of Law last spring. “Maine Women’s Hall of Fame recognition is well-deserved, capping a notable career that makes her a great role model for the next generation of Maine’s lawyers.” 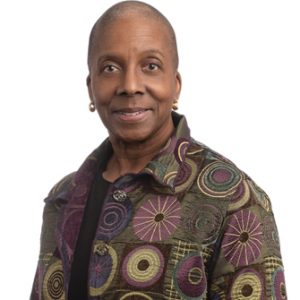 Gibson has more than 30 years of academic and administrative leadership experience in higher education. Throughout her career, she has focused her research and expertise on community-university partnerships, cultural diversity and organizational change through the lens of social justice. As an associate professor of leadership and organization studies at USM and dean of the Lewiston-Auburn College, Gibson led the effort to recruit, retain and promote female faculty, particularly in the areas of science, technology, engineering, mathematics and the social sciences. Through a $150,000 two-year National Science Foundation Advance Catalyst Grant, she served as co-principal investigator to gather data on key issues impacting women at USM.

Prior to teaching and leading in Maine, Gibson was an associate professor at the University of Massachusetts, Lowell, Graduate School of Education. Her leadership roles at UMass–Lowell included associate vice chancellor of academic services and later interim vice chancellor of enrollment management and student affairs. Earlier in her career, she was associate dean of students and directed the Office of Minority Education at Massachusetts Institute of Technology. Her many publications include two books, “Educating the Throw-Away Children: What We Can Do to Help Students at Risk” (Jossey-Bass, 1998) and “Developing Strategies and Practices for Culturally Diverse Classrooms” (Christopher-Gordon Publishers, 1998).

Gibson’s board service spans many organizations, including the American Civil Liberties Union of Maine, the Androscoggin County Chamber of Commerce, the Council of Colleges of Arts & Sciences and St. Mary’s Health System of Lewiston.

Gibson earned a bachelor’s in psychology at Howard University, a master’s in rehabilitation counseling at George Washington University and a doctorate in educational administration at the University of Florida. 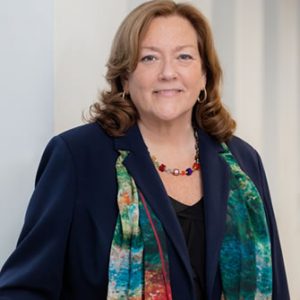 The 1976 graduate of the University of Maine and 1980 graduate of the University of Maine School of Law began her career at a Maine law firm and as assistant to the general counsel at the U.S. Veterans Administration in Togus. Saufley served in the Office of Maine Attorney General from 1981–90, becoming one of the Office’s first female Deputy Attorneys General.

Since her appointment as the Law School Dean last April, Saufley has approached her new role from a student-centric, quality public service perspective.

Her numerous career awards include the 2013 State Partner’s Award from Maine Children’s Trust and the 2010 Women Who Make a Difference Award from the International Women’s Forum.

The Maine Women’s Hall of Fame welcome ceremony is traditionally held as part of Women’s History Month in March. A virtual welcome event will be produced with the support of the University of Maine at Augusta and be available for viewing on March 20.

The Maine Women’s Hall of Fame was established in 1990 by the Maine Federation of Business and Professional Women, and is cosponsored by the BPW/Maine Futurama Foundation and the University of Maine at Augusta.