View the recording of this event.

The Energy and Environmental Law Society, a student group at the University of Maine School of Law, will host a virtual event with leading environmental and climate justice scholars this month. Experts from Hawaiʻi to New England will gather via Zoom to discuss “Environmental & Climate Justice: Anti-Racist Movements and Principles for Practice” on October 26, 2020 at 7:00 pm.

Panelists from the Yale School of Law, Northeastern University, Vermont School of Law, and the University of Hawaiʻi at Manoa, will explore the birth and history of the environmental justice movement, its implications for climate policy, the incorporation of environmental and climate justice principles in the practice of law and policy creation, and our professional and ethical obligation to identify and fight against environmental racism.

Josh Rosen, a 2L at Maine Law, will serve as the host for this event. Dean Leigh I. Saufley will introduce the panelists, and the Q & A will be moderated by Professor of Practice Jeff Thaler. 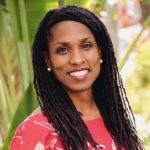 Professor of Law, University of Hawaiʻi at Manoa

Maxine Burkett is a professor of law at the William S. Richardson School of Law and a Global Fellow at the Woodrow Wilson International Center for Scholars. She teaches Climate Change Law and Policy, Torts, Ocean and Coastal Law, and International Law. An expert in the law and policy of climate change, she has written extensively in diverse areas of climate change law with a particular focus on climate justice—exploring policy responses to climate change’s impacts on vulnerable communities in the U.S. and globally. She holds a B.A. from Williams College and a J.D. from the University of California, Berkeley. Learn more. 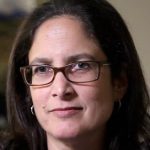 Marianne Engelman Lado directs Vermont Law’s environmental justice clinic, which focuses on civil rights enforcement in the environmental justice context. She previously served as a senior staff attorney at Earthjustice, where she focused on civil rights enforcement, as well as related issues in the areas of toxics, waste, the health impacts of industrial agriculture, and the effects of environmental contamination on vulnerable and overburdened populations. She served for ten years as general counsel at New York Lawyers for the Public Interest (NYLPI), a non-profit civil rights law firm. She began her legal career as a staff attorney at the NAACP Legal Defense and Educational Fund. She holds a B.A. in government from Cornell University, a J.D. from the University of California at Berkeley, and an M.A. in Politics from Princeton University. Learn more.

Daniel Faber’s research is focused in the areas of political economy and crisis theory, environmental sociology and policy, social movements, environmental justice, climate justice, and globalization. He is also a co-founding senior editor of the international journal Capitalism, Nature, Socialism. His most recent work is concerned with the political economy of environmental injustice and climate justice. He is currently writing a new book, The Ecological Contradictions of American Capitalism: Towards a More Transformative Environmental Politics. He holds a Ph.D. in Sociology from the University of California at Santa Cruz. Learn More.

Gerald Torres is an acclaimed global scholar of environmental law, critical race theory, and federal Indian law. He served as deputy assistant attorney general for the Environment and Natural Resources Division of the U.S. Department of Justice during the Clinton administration, where he played a crucial role in developing the first federal policy on environmental justice. Torres has spent his career examining the intrinsic connections between the environment, agricultural and food systems, and social justice. His work also includes the study of conflicts over resource management between Native American tribes, states, and the federal government. Torres’s past work also has examined how U.S. regulations have led to racially or ethnically marginalized communities bearing a disproportionate share of environmental burdens. Learn more.

Thank you to the following sponsors for their generous support of this event: