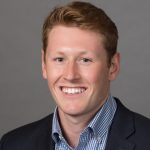 Karl Fisher, a 2020 graduate of the University of Maine School of Law, will publish “Changing Mandatory Arbitration to Optional Arbitration: A Better Business Decision,” in the Creighton Law Review. His article will be included in the Law Review’s Volume 54, Issue 4, which will be released in August 2021.

Karl wrote his article as part of an independent writing project during his third year of law school. At the time, he was participating in Maine Law’s semester-externship program in a full-time placement at New York Legal Assistance Group in New York City. He worked closely with Professor Jennifer Wriggins, who provided excellent guidance and feedback during the writing process.

“My decision to write about mandatory arbitration stemmed from several points of interest,” said Karl. “For one, I was intrigued by the seemingly unending slew of litigation coming from a tool (arbitration) meant to resolve conflict outside of the judicial system. I wanted to understand the legal arguments behind the numerous cases that eventually made their way to the Supreme Court and assess, as many legal scholars already have, whether the majority got it right and whether legislative action may impact the current law. Second, I sought to explain why mandatory arbitration, in the context of consumer and employment contracts, had become so pervasive in the U.S. and, subsequently, how it may impact the judicial system and businesses alike. Lastly, I wanted to pose a possible solution to the conflict that would appease both sides by developing a compromise position that advances the interests of all parties.”

Professor Wriggins encouraged Karl to seek publication of his article.

“Karl came to me with a creative and forward-looking idea for an Independent Study,” said Professor Wriggins. “He did extensive research about legal issues and also deeply analyzed the relevant empirical studies.  I thought it deserved a wide readership and might lead to positive changes. I am so excited that Creighton Law Review accepted it.”

Below is the abstract of his article:

Karl works as assistant corporation counsel for the New York City Law Department. The analyses and views expressed in the article are the author’s personal views and do not necessarily reflect the views of the Office of the Corporation Counsel of the City of New York.