The Supreme Court recently heard oral argument in Lee v. United States, [1] Docket No. 16-327. In Lee, a defense attorney in a criminal case gave his client incorrect advice about the immigration consequences of a conviction. As a result, the client, Jae Lee, claims that his attorney provided ineffective assistance of counsel under the Sixth Amendment when he told Mr. Lee that his drug conviction would not affect his immigration status. In fact, the drug conviction made him deportable under immigration law.

Mr. Lee was a legal permanent resident and a successful restaurateur in Memphis, Tennessee, when he was arrested and indicted for possession of Ecstasy with intent to distribute. He pleaded guilty to the crime in exchange for a reduced sentence.  After that, he discovered that the conviction made it mandatory that he be deported to Korea, a country he left when he was thirteen years old. Indeed he had pleaded guilty to what is known as an “aggravated felony” under immigration law. His lawyer had never advised him he would be deportable and had, in fact, affirmatively told him that the plea would not affect his ability to stay in the country.

All parties agree that that advice was a violation of Padilla v. Kentucky, [2] a Supreme Court decision which held that – in the ineffective assistance of counsel (“IAC”) context – defense counsel has a duty to correctly advise a client as to the potential immigration consequences of a conviction. In an IAC claim, the defendant must show two things. First, that his attorney’s performance was deficient and second, that such deficient performance prejudiced him. Padilla dealt with the first prong – performance.

The question in Lee, though, is about the second prong – prejudice. Specifically, the Court in Lee must decide whether a defendant can ever demonstrate prejudice in the face of overwhelming evidence of guilt. Put another way: “Is it always irrational for a defendant facing strong evidence of guilt on a deportable offense to exercise his right to go to trial?” [3] On this question, the Federal Courts of Appeal are divided.

At oral argument, the Justices focused their questions on whether the defendant would have rejected the offered plea in favor of trial, even in the face of overwhelming evidence of guilt. What the Supreme Court largely ignored (as did the Sixth Circuit before them, in rejecting Mr. Lee’s ineffective assistance of counsel claim [4]) is the possibility that Mr. Lee might have options beyond either accepting the plea on the table or going to trial. As the lawyer for Mr. Lee made clear, there were a range of alternative plea options that could have avoided  deportation altogether, if only Mr. Lee’s attorney had pursued them. These included, to name a few, a plea to a misdemeanor charge of simple possession, a non-prosecution agreement, a pre-trial diversion program, or a plea under the Federal First Offender Act.[5]

Indeed, as I write in my recent law review article, Measuring the Creative Plea Bargain, 92 Ind. L. J. 901 (2017), it is increasingly common for defense attorneys to “negotiate around” the collateral consequences of a conviction. This is especially true where the defendant is an immigrant and facing devastating immigration consequences as the result of his conviction. Through in-depth interviews with public defenders in four states, I discovered that defense attorneys are meeting the varied needs of their clients by negotiating pleas that may look bad “on paper,” but are avoiding the particular collateral consequences that matter a great deal to the client. For instance, a defender may trade additional time in prison in exchange for an immigration-safe plea. It seems that Mr. Lee would have gladly agreed to such an exchange. His original sentence in the criminal case ended seven years ago. He has remained incarcerated for the sole purpose of pursuing his appeal, in the hopes of staying in the United States. 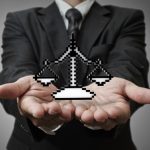 Whether the ineffective assistance of counsel doctrine can appropriately cover this emerging trend in defense attorney practice is a different matter. Certainly a good attorney should attempt these alternative pleas if her client’s main goal is to stay in the United States. But whether a defense attorney has an obligation to seek such pleas, as a matter of effectiveness, is much trickier. Ultimately, the Supreme Court will likely decide the case by looking only to whether Mr. Lee would have opted for trial, given the strong evidence against him. But this narrow question misses whether his attorney could have secured a creative bargain that allowed Mr. Lee to escape deportation altogether.

[1] Listen to oral argument before the Supreme Court.