The Constitution Day Lecture brings a distinguished speaker to the University of Maine School of Law annually to reflect on the significance of the U.S. Constitution. The Lecture takes place in September. 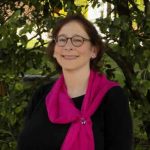 Professor Karlan has argued nine cases before the U.S. Supreme Court. Her primary scholarship involves constitutional litigation, particularly with respect to voting rights and anti-discrimination law. She has published dozens of scholarly articles and is the co-author of three leading casebooks as well as a monograph on constitutional interpretation – Keeping Faith with the Constitution (Oxford University Press). She has received numerous teaching awards.

Her public service includes clerking for U.S. Supreme Court Justice Harry Blackmun, a term on California’s state Fair Political Practices Commission, and an appointment as a Deputy Assistant Attorney General in the Civil Rights Division of the U.S. Department of Justice. There, she received the Attorney General’s Award for Exceptional Service (the Department’s highest award for employee performance) for her work in implementing the Supreme Court’s decision in United States v. Windsor and the John Marshall Award for Providing Legal Advice for her work on Title VII and gender identity. Prior to entering the academy, she served as an assistant counsel at the NAACP Legal Defense and Educational Fund, Inc.