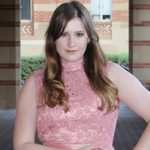 Christy Stilphen, a 3L at the University of Maine School of Law, recently won a case before the Maine Law Court that makes it easier to admit critical evidence in sexual assault cases in Maine. The case considered whether or not Sexual Assault Nurse Examination (SANE) reports could be admitted under the medical document hearsay exception when the record meets the qualifications of 16 M.R.S. section 357.

Christy began working on the case during her summer internship at the Kennebec District Attorney’s Office. She wrote a detailed brief arguing that SANE reports could be admitted under the medical document hearsay exception. The defense argued these documents were akin to police reports and thus inadmissible. In October, Christy argued in front of the Law Court, Maine’s highest court, answering questions from all seven justices. On March 5th, the opinion was published stating that SANE reports are admissible under the hearsay exception when the record meets the qualifications of section 357.

Maeghan Melony and Frayla Tarpinian, both of the Kennebec District Attorney’s Office, provided valuable mentorship to Christy during the case.

Christy also worked with a number of Maine Law professors to craft the best argument and practice for the oral argument. Professors Thea Johnson, Deirdre Smith, Sara Wolff, and Angela Arey all helped with case preparation, which included holding a mock oral argument. According to Christy, “My friends at the law school were really supportive and let me bounce ideas off of them and practice as well.”

“Christy was a star student in my Evidence class,” said Professor Thea Johnson. “She worked diligently to understand an incredibly complicated area of the law. That hard work paid off here. She was able to parse the rules of Evidence and the laws they interact with to formulate a winning argument before the Law Court.”

Christy received her B.A. in Asian Studies from the University of California Los Angeles. Because of her work in the Kennebec District Attorney’s office, she hopes to become a prosecutor in Maine.