Courtney Beer oversees the Prisoner Assistance Clinic (PAC) in the Cumberland Legal Aid Clinic. The PAC is an innovative clinical program that provides student attorneys with the opportunity to provide in-person civil legal assistance to incarcerated individuals at the Maine Correctional Center and the Maine Women’s Reentry Center. She also supervises student attorneys in the General Practice Clinic.

Prior to joining the Maine Law faculty, Professor Beer was a litigator at Pine Tree Legal Assistance, Maine’s largest civil legal aid organization. Most recently, she served as the Directing Attorney of Kids Legal, a statewide education law project within Pine Tree Legal Assistance that focuses on the rights of minors. She began her legal career at Pine Tree in 2007 as a Frank M. Coffin Fellow. She represented victims of domestic violence and sexual assault in family law matters.

Professor Beer has extensive litigation experience representing thousands of individuals in a wide-range of civil legal matters and has litigated cases before every level of court in Maine as well as administrative agencies. She briefed and argued the successful appeal in Sparks v. Sparks, in which the Maine Supreme Judicial Court held that a non-parent could obtain temporary parental rights and responsibilities for a minor as part of an order for protection from abuse. Professor Beer also litigated Doe v. Brunswick School Department, initially at the Maine Human Rights Commission, obtaining a finding the school district failed to protect the student which resulted in a hostile environment.  After settling in federal court, this case received national press for exposing grave inadequacies in reporting and responding to male-on-male bullying and sexual violence.

Throughout her career, Professor Beer has developed curricula and trainings for thousands of individuals on a variety of legal topics primarily focused on family and education law. She wrote a manual and developed a training on school discipline related legal issues as part of an initiative to create a pro bono panel of attorneys and advocates throughout Maine. She has also been involved in legislative policy efforts and has been a member of many statewide task forces and coalitions.

Professor Beer is the former chair of the Veterans’ Law Section and the New Lawyers Section of the Maine State Bar Association. She is a graduate of Boston College and the University of Maine School of Law. 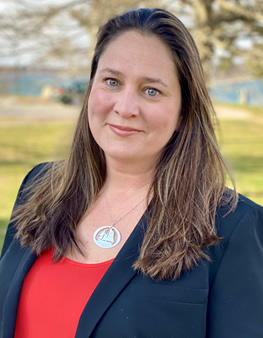