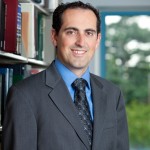 Should all judges within a judicial system be selected the same way? It is not a question we generally give much thought. All of our federal judges, from a federal district court judge to a Supreme Court justice are appointed by the President and confirmed by the Senate. The same is true in most states. Here in Maine, for example, judges on the Superior and District courts, and the Justices on the Supreme Judicial Court are all appointed by the Governor. For most of our nation’s history, this unilocular approach has been used throughout much of the country. Proponents of this view see judges at all levels of the judiciary – trial, intermediate appellate, and courts of last resort – as a homogeneous group, at least when it comes to how we choose them.

But in a recent article, I argue that it does not have to be this way. Instead, I suggest that we should at least consider tailoring the judicial selection method to different levels of the judiciary. After all, judges are not a monolithic, homogeneous group, and the work of a trial judge differs significantly from the work of an appellate judge.

Of course, both trial and appellate judges are tasked with resolving legal disputes by applying the law to the facts, and both make important decisions that change the direction of the law, not only for the litigants in a specific case, but for the jurisdiction in general. Despite these similarities, trial judges are engaged in significantly more fact-finding and case management, and they perform more case-by-case adjudication and law application. Trial judges also interact more directly with the litigants, supervise the discovery and settlement processes, decide numerous evidentiary motions and other motions in limine, and preside over bench and jury trials. Appellate judges, on the other hand, are generally tasked with resolving the most difficult (and often the most divisive and inconclusive) legal issues in cases, adopting the factual findings made by lower courts, and are significantly more likely to make law.

To the extent that these two groups of judges are qualitatively different, not only serving different judicial roles but requiring a different set of skills, we should at least consider tailoring the selection mechanism to fit the nature of the court in question.

However, even when states depart from the monolithic approach, little thought is generally given to tailoring the selection method to either the nature of the work performed by the judge or how the purposes of judicial elections (or judicial appointments) are served by the court in question. Rather, the decisions to adopt differential selection methods appear to be the result of an accident, history, or unfounded assumptions.

In my article, I argue that if we are going to use judicial elections to select some of our judges, it is the justices on the courts of last resort, and not trial judges, who should be accountable to the electorate. It is at the highest levels of the state judiciary where accountability is most lacking, most needed, and most feasible. Trial judges, on the other hand, should be chosen via a merit scheme with significant input from lawyers, litigants, court staff, and the state bar associations. Unlike state courts of last resort, accountability to the electorate is not only most present for state trial judges, but also least necessary and least feasible.

In short, tailoring judicial selection methodology to the work (and the institutional role) of the judge in question is an idea worth exploring. And while there are thousands of books and articles that consider the best selection method for judges as a whole, we should not simply assume that all judges serve the same role in our system and should all be chosen in the same way.

You can read more on this in my forthcoming article, “Tailoring Judicial Selection Methods,” which will be published in the University of Arkansas at Little Rock Law Review.