In the fall of 2013, Professor Rieser launched an online course at Maine Law, titled Marine Resources, which was also offered to graduate students in marine science and policy at the University of Maine. The course was based on Professor Rieser’s book, Ocean and Coastal Law, which is the leading casebook in the field.

Before joining the Maine Law faculty, Professor Rieser spent two years as a post-doctoral fellow in marine policy and ocean management at the Woods Hole Oceanographic Institution. From 1983 until 2001, Professor Rieser was director of Maine Law’s Marine Law Institute, which is now the Center for Oceans and Coastal Law. She was the founding faculty advisor to the Ocean and Coastal Law Journal. In 1999, she became the only law professor to be named a Pew Fellow in Marine Conservation.

Professor Rieser’s research interests include the use of property and rights-based concepts in ocean and coastal management; ecosystem approaches to the governance of marine fisheries; and the role of science in national and international marine legal regimes. She is a consultant to state and federal agencies and NGOs, and an active participant in national and international discussions of marine policy. Her book, The Case of the Green Turtle: An Uncensored History of a Conservation Icon, was published in 2012 by Johns Hopkins University Press.

Defining the Federal Role in Offshore Aquaculture: Should it Feature Delegation to the States?, 2 OCEAN & COASTAL L.J. 209 (1997). [PDF] 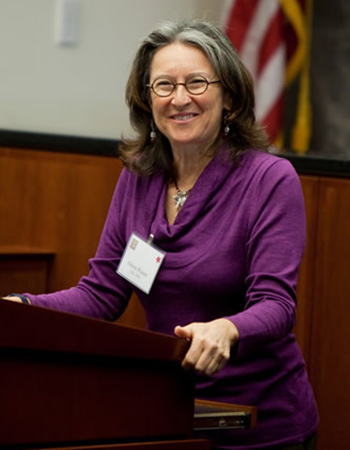