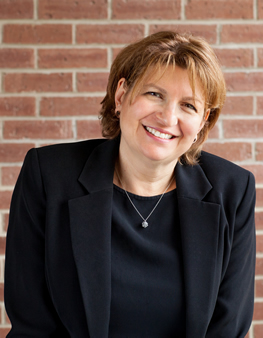 Professor Lois R. Lupica is a nationally recognized scholar in the areas of access to justice, law and innovation, consumer and commercial credit, and bankruptcy law. Her empirical research has been funded by the National Science Foundation, the American Bankruptcy Institute Anthony H.N. Schnelling Endowment, the National Conference of Bankruptcy Judges Endowment for Education, the Sears Consumer Protection and Education Fund, the Maine Economic Improvement Fund, Harvard University, and the Arnold Foundation.

As an affiliated faculty member of the Harvard Law School Access to Justice Lab, she served as one of three principal investigators of the Consumer Financial Distress Research Study (together with Jim Greiner of Harvard Law School and Dalié Jiménez of University of California, Irvine School of Law). This study was a randomized control trial examining the efficiency of the small claims court system, the consequences of various legal intervention programs, and the value of financial education. Professor Lupica was also the principal investigator of the Apps for Justice Project, where she worked with law students to build, develop, and create practical, technology-based tools (apps) that would enable low- and moderate- income Maine residents who cannot afford full-scale legal assistance to either independently address their specific legal problem, or to leverage the ability of “low bono” providers of legal services to more cost-effectively provide legal assistance.

In 2019, Professor Lupica spent four months in Australia as a Fulbright Senior Scholar at the University of Melbourne Law School. While in Australia, she traveled around the country meeting with members of the legal services sector and learning about innovative projects, programs, and approaches taken to address the access to justice crisis.  She also attended dozens of meetings, conferences and workshops, where she presented her research on self-help and legal interventions.

From 2009 to 2011, Professor Lupica was the principal investigator for The Consumer Bankruptcy Fee Study and The Consumer Bankruptcy Creditor Distribution Study, landmark research that examined the 2005 changes to Bankruptcy Code, and how those changes impact creditors, debtors, trustees, and lawyers. Courts and bankruptcy practitioners are using the results of these studies to help improve the fairness and efficiency of the system. She is an active speaker and commentator on the subjects of access to civil justice, technology and law practice, consumer credit, bankruptcy, and legal ethics. She is the author of a leading casebook on Bankruptcy Law (with Professor M. Howard) and a book designed to provide law students with the experience of addressing a series of problems that typically arise in bankruptcy practice (Developing Professional Skills in Bankruptcy (with M. Howard)).

In 2012, Professor Lupica was inducted as a fellow in the American College of Bankruptcy, an honor in recognition of her professional excellence and exceptional contributions in the fields of bankruptcy and insolvency. She also received the Hon. Wesley W. Steen Prize for Best Bankruptcy Article in 2012.

Professor Lupica is actively involved in numerous professional and academic organizations. She was elected in 2014 to the Board of Directors of the American Bankruptcy Institute, and serves on the Advisory Board for the American Bankruptcy Institute Law Review. Professor Lupica served as reporter for the Maine Ethics 2000 Task Force and co-reporter (with Professor Nancy Rapoport) for the ABI National Ethics Task Force, where she worked to develop proposals to address ethics issues encountered by bankruptcy professionals and judges. She also served as special counsel in the Bankruptcy & Restructuring section of Thompson & Knight LLP from 2008 to 2013. In 2015, she served as a pro bono consultant to the World Bank, where she worked with the Central Bank of Vietnam to develop a strategy for addressing their non-performing loans.

Prior to joining Maine Law, Professor Lupica was a clinical professor at Seton Hall University School of Law, where she developed a transactional clinical program that represented non-profit affordable housing developers in connection with their business and real estate transactions. She was in private practice from 1987 to 1992, working on domestic and international transactions at the law firms of Arnold & Porter and White & Case in New York City.

Professor Lupica’s “right brain” talents and pursuits include cooking (she is a graduate of a Le Cordon Bleu intensive French regional cooking program), skiing, biking, yoga, and encaustic painting. A member of the Art Student League and the Encaustic Art Institute, her encaustic works have appeared in numerous juried shows and private collections. Her website displaying her encaustic work can be found at lrlupica.com.

The Effect of Bankruptcy upon a Firm using Patents and Trademarks as Collateral, Symposium, 41 IDEA 585 (2002). [PDF]

The Technology-Rich “Dot-Com” in Bankruptcy: The Debtor as Owner of Intellectual Property, Symposium, Financing the Enterprises on the Internet, 53 ME. L. REV. 361 (2001). [PDF]

Transition Losses in the Electric Power Market: A Challenge to the Premises Underlying the Arguments for Compensation, 52 RUTGERS L. REV. 649 (2000). [PDF] [SSRN]