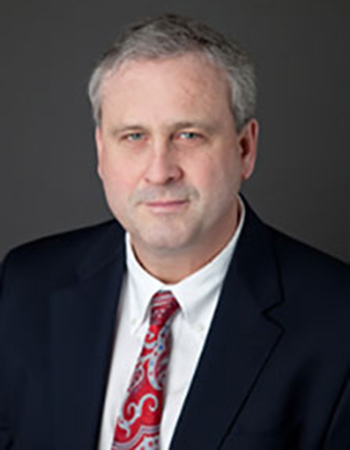 Christopher Northrop is a leading authority in the area of juvenile law. In 2006, he launched the Juvenile Justice Clinic at Maine Law, under the umbrella of the school’s Cumberland Legal Aid Clinic.

Students enrolled in the Juvenile Justice Clinic (JJC) are specially licensed by the state and federal courts to provide direct representation to juveniles, under the supervision of Professor Northrop. Students are also involved in ongoing policy work. They have the opportunity to research and contribute to the state, regional, and national dialogues around juvenile justice. Professor Northrop’s students frequently partner with national advocacy organizations, state agencies, and child focused non-profits to advance their juvenile justice policy objectives. For an in-depth look at the JJC and their work, listen to this recent podcast with Professor Northrop, Jill Ward, and Jon Ruterbories.

In 2018, Professor Northrop was awarded the prestigious Robert E. Shepherd Jr. Leadership Award for Excellence in Juvenile Defense. The award is presented annually for outstanding advocacy and dedication in the field of juvenile defense. In 2017, he was awarded the “Unsung Hero Award” during the annual meeting of the Maine Association of Criminal Defense Lawyers. This award is presented annually to one criminal defense attorney who best exemplifies the highest level of commitment, passion, and the tireless pursuit of justice in the representation of indigent defendants.

Prior to joining Maine Law, Professor Northrop spent many years in private practice concentrating on juvenile defense work. He has been involved with the National Juvenile Defender Center (NJDC) since its inception, and has served as a consultant for NJDC assessments of statewide juvenile defender systems in twelve states, including New Hampshire and Kansas in 2019. NJDC recognized Professor Northrop in 2013 as one of their first Juvenile Training Immersion Program (JTIP) certified trainers. In the last few years, he has taught JTIP protocols to public defenders throughout the state and around the country.

NAT’L JUV. DEFENSE CTR., JUVENILE LEGAL DEFENSE: A REPORT ON ACCESS TO AND QUALITY OF REPRESENTATION FOR CHILDREN IN NEBRASKA (2009) (investigator, contributor). [PDF]