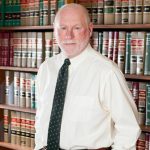 Most of us have heard about the Wells Fargo scandal in which employees opened bank and credit card accounts without customers’ knowledge or consent to hit sales targets and get bonuses. Wells Fargo may have opened as many as 3.5 million fraudulent accounts for existing customers — including 217 or more in Maine — dating back to 2002.

Wells Fargo has paid more than $185 million in enforcement penalties and reimbursements to consumers and reached a $142 million preliminary settlement of nationwide class actions based upon this conduct.

As this fraud came to light, starting in 2013, Wells Fargo relied on mandatory arbitration clauses in customer agreements to keep these cases out of court and, later, to prevent those affected by the fraud from banding together in group lawsuits to hold the bank accountable for the fees and charges and the impact on their credit reports from those fraudulent accounts.

Since the customers had not signed agreements creating the fraudulent accounts, Wells Fargo relied on very broad arbitration clauses in the customers’ original account agreements to keep these matters out of court and, in particular, to oppose the filing of group lawsuits. The fees and charges imposed on customers for the fraudulent accounts were relatively small in each individual case.

On July 10, 2017, the Consumer Financial Protection Bureau, after studying the mandatory arbitration clauses in customer agreements for the purchase of financial products for more than three years, issued a final rule prohibiting financial services companies from using a mandatory arbitration clause to ban customers from coming together to sue them in group lawsuits in the event of a dispute.

Arbitration can be a good approach to resolving conflicts. It is typically more efficient and less expensive than traditional litigation, and it has increasingly been used by companies involved in a dispute as a preferred method of conflict resolution.

But arbitration is not the most effective conflict resolution approach in cases involving small dollar losses affecting thousands and, in the most egregious cases, perhaps even millions of consumers. If each consumer is only harmed by small amounts, he or she will have little incentive to spend the time and money to seek relief from fraudulent activity.

Moreover, given the very limited investigatory opportunities in arbitration (which we lawyers call “discovery”), consumers pursuing arbitration will be severely handicapped in determining the nature and scope of the fraud. Neither the customer nor the arbitrator presented with the fake accounts opened in the name of a single customer can see that the practice extends to thousands of customers and may be known to senior members of the bank’s management. 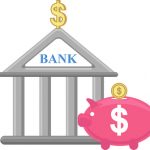 On the other hand, large companies, like Wells Fargo, can profit greatly by taking small amounts of money from thousands of customers.

But the resources of those regulators are limited and the rigor with which regulatory agencies pursue their mandates may vary with the politics of the day. Individual arbitrations are of limited use in deterring the sort of systemic misconduct reflected in the Wells Fargo case. The availability of group lawsuits to vindicate consumer interests, particularly in the financial services sector, is an important tool in our economy.

Unfortunately, this story does not end with the promulgation of Consumer Financial Protection Bureau’s final rule. There is an effort in Congress to repeal the arbitration rule using the Congressional Review Act. This allows Congress to eliminate regulations within 60 days of their release and bar agencies from issuing similar rules in the future. The House voted to repeal the rule on Tuesday, and it now heads to the Senate. Repeal would be a major setback for consumers of financial services in the nation and in Maine. Let’s hope that our senators, Susan Collins and Angus King, will stand up for all of us and oppose this effort.