By Professor Jeffrey A. Maine 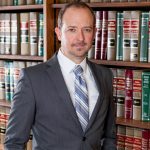 I’ve been spending a lot time these days studying the recent Tax Cuts and Jobs Act (TCJA) passed in December 2017. It represents one of the most significant overhauls of our tax code in more than three decades. Among the many changes made, the TCJA lowered tax rates for all of us and expanded tax breaks for investments in manufacturing equipment and machinery.  Proponents of the TCJA argue that these changes will ultimately stimulate the economy; indeed House Ways and Means Committee Chairman Kevin Brady (R-Texas) noted that full and immediate expensing of tangible assets is the best way to expand the economy.

In providing tax rate cuts and enhanced tax breaks for tangible assets, the TCJA had to amend or repeal a number of provisions to help make up tax revenue loss. Most of us have focused on those tax law changes that will impact us directly, e.g., repeal of the employee expense deduction and cut back of the state and local tax deduction. I would like to highlight, however, some TCJA changes that may impact all of us indirectly – deliberate steps that will affect American innovation:

With the TCJA, we have seen a weakening of tax policy tools to encourage new innovation. Other countries, on the other hand, have been enhancing their tax incentives for innovation – e.g., creating super deductions for R&D spending, enhancing their tax credits for innovation, and adopting patent boxes. As a result, the U.S. has dropped among nations from #1 in 1990 in terms of R&D tax incentive generosity, to #25 in 2016.

I have two major concerns. For starters, the TCJA’s reliance on tax incentives for machinery and equipment (immediate expensing) to boost the economy is short-sighted. Despite the political mantra that full and immediate expensing of tangible assets is the best way to expand the economy, econometric analysis reveals there is only a short-term increase in private investment in tangible property in response to these incentives. Firms may accelerate their investment, but they do not change their aggregate investment in tangible assets over time. A more long-term focus on economic expansion would focus more on innovation and intangible capital investments rather than on tangible capital investments. Innovation is the key driver of economic growth. Indeed, 90% of the rise in U.S. prosperity during the 1st half of the 20th Century came from technological growth, and not from the mere accumulation of machinery.

More significantly, the recent tax changes will encourage firms to move their R&D offshore. The research credit, untouched by the recent TCJA, is now the U.S. government’s main tax policy tool to spur innovation.  This does not place the U.S. in a competitive posture relative to other nations. The result is a risk of losing American innovation to other countries, including China, which is now the second largest research performer. R&D has become more global over the past two decades as more countries have developed the technical talent to conduct R&D and firms operate in more markets around the world. And, studies show that innovation tax incentives clearly affect the location of research activities, and not just the amount. Sadly, the offshoring of innovation is already happening. In 2017, 15% of U.S. research was conducted by foreign affiliates (a substantial increase from ten years ago). China and other countries have vigorously pursued strong innovation policies. We as a nation can no longer afford to take an “exceptionalism” approach to tax policy and ignore the policies of other nations.

These and other thoughts are reflected in an article with Professor Xuan-Thao Nguyen (Indiana), entitled “Attacking Innovation,” which is forthcoming in the Boston University Law Review. I would welcome any thoughts you might have.