Despite our impatience, we must give him and his team a wide berth. 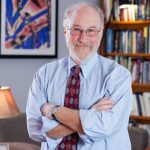 “What’s taking him so long?” We hear this question again and again, as Robert Mueller methodically pursues his work without fanfare. Serving as special counsel investigating Russian interference in the 2016 U.S. elections, Mueller appears to be leaving no stone unturned in his search for the facts. But his diligent inquiry leaves many of us anxious in our on-demand world of round-the-clock news, social media, and partisan divisions.

Despite our impatience, we must give Mueller and his team a wide berth. Untangling such a complex web of law and facts, of relationships and politics, requires sufficient time – particularly when respect for our constitutional separation of powers and the potential fate of the Trump presidency hang in the balance.

Mueller was appointed special counsel in May 2017, less than two years ago. To put this in perspective, consider how much time passed from the June 1972 Watergate break-in until President Gerald Ford’s 1974 pardon of Richard Nixon, which effectively ended investigations by successive special prosecutors. Lawrence Walsh investigated the Iran-Contra scandal as special prosecutor for nearly seven years. It took four years from Attorney General Janet Reno’s 1994 appointment of independent counsel Kenneth Starr until release of his 1998 report that led to Bill Clinton’s impeachment.

Mueller should take the time he needs, and history suggests that he will. In December 2001, then-FBI Director Mueller joined with federal prosecutors and other FBI agents to form the Enron Task Force. Its purpose was to investigate the collapse of the energy company Enron, one of the nation’s largest corporate bankruptcies and a complex case of financial fraud. Over the course of five years, and in the face of fierce criticism, the investigative work of Mueller and his team led to prosecution of many of Enron’s top executives and the company’s esteemed outside accounting firm. His multiyear experience with Enron foreshadows his enormous challenges now in another lengthy, high-profile, and even more politically charged case.

Troubled by statements from the president and acting attorney general, lawmakers have tried to protect the investigation from interference and a premature end. Last April, the Senate Judiciary Committee approved a bipartisan bill, the Special Counsel Independence and Integrity Act, to protect Mueller from being fired, but Senate Majority Leader Mitch McConnell has blocked the bill from consideration by the full Senate. Versions of the bill were reintroduced last month in both the House and the Senate, with no action yet to enact the legislation.

The Mueller team requires time and space to complete its final report without interference. Ultimately, it also requires sunshine, and lawmakers are seeking further assurance of transparency. Bill Barr, Trump’s nominee for attorney general, awaits a Judiciary Committee vote on February 7, followed by a full Senate vote to approve his nomination. In his Senate confirmation hearings, though, Barr did not clearly commit to share the full final report with the public or even with Congress.

Senate Judiciary Committee members have expressed concern that Barr, while nominally supporting the continuation of the special counsel probe, will claim authority to withhold selected information and not allow the entire final report to see the light of day. Last Monday, Senators Chuck Grassley and Richard Blumenthal introduced another bipartisan bill in the Senate, the Special Counsel Transparency Act. If enacted, this law will require Mueller, as special counsel, to disclose his report to Congress and the public – not simply to the attorney general – when his investigation is complete.

A string of indictments, guilty pleas, and testimony has given us a hint of where the investigation is heading. But we all have a right to see the complete factual findings and underlying evidence arising from the Mueller investigation. Moreover, an objective and shared report can help counter the persistent public drumbeat of misleading and divisive rhetoric. Whatever the outcome of the investigation into Russian interference in the 2016 U.S. elections, a fully informed electorate is crucial if we hope to restore fidelity to the facts in our public discourse.

Recall the prescient 1850 verse of Alfred Lord Tennyson – “Ring out the false, ring in the true.”