Donald Zillman has taught and written about energy law, military law, tort law, and legal writing for over 50 years. His writing includes over 50 articles and 15 books in these areas.

Professor Zillman’s teaching career began at the Army Judge Advocate Generals’ School in Charlottesville, Virginia. On leaving active duty, he joined the faculty of Arizona State University School of Law where he was awarded tenure and promotion to full professor. He then joined the University of Utah law faculty and directed the School’s Energy Law Center. In 1990, he joined the University of Maine School of Law as sean and Edward Godfrey Professor of Law. In 1998, he returned to full-time teaching when he stepped down from the deanship. He also served as distinguished visiting professor at the United States Military Academy at West Point and Visiting Professor at the University of Southampton in the United Kingdom.

For over three decades, Professor Zillman has been a member of the International Bar Association’s Section on Energy, Environment, Natural Resources, and Infrastructure Law and an active participant in the Section’s Academic Advisory Group (AAG). The AAG collaborated with Oxford University Press to publish a biennial study of major developments in the energy and environmental fields. He served as Lead Editor and author of Human Rights in Natural Resource Developments (2002), Beyond the Carbon Economy (2008), The Law of Energy Underground  (2014), and Innovation in Energy Law and Technology  (2018). This last book involved 37 authors from 22 nations around the world, and discussed topics such as oil and gas hydraulic fracturing (“fracking”); new uses of gas and nuclear power; distributed electric power; and various renewable energy developments.

Professor Zillman and Elizabeth Elsbach ’16 wrote Living the World War: A Weekly Exploration of the American Experience in World War I  (Vandeplas Press 2016 and 2018). Their two-volume work comprises 1200 pages and takes a week by week look at the American participation in the World War with special focus on the work of the 65th Congress. Another major writing project of his is an update of Maine Tort Law, which was first published in 1994 by authors Jack Simmons, David Gregory, and Donald Zillman. Attorney Robert Furbish, of Berman & Simmons, later joined the collaboration which catalogs all aspects of tort law in the state of Maine.

LIVING THE WORLD WAR: A WEEKLY EXPLORATION OF THE AMERICAN EXPERIENCE IN WORLD WAR I—VOLUME ONE (Vandeplas Publishing) (with Elizabeth Elsbach) (2016) [VANDEPLAS]

Small Towns, Big Projects, in L. BARRERA-HERNANDEZ, B. BARTON, L. GODDEN, A. LUCAS, AND A. RONNE, SHARING THE COSTS AND BENEFITS OF ENERGY AND RESOURCE ACTIVITY: LEGAL CHANGE AND IMPACT ON THE COMMUNITIES (Oxford University Press) (with Simon Beirne and Elizabeth Elsbach) (2016). [OXFORD]

The Role of State Government in Nuclear Power Regulation: Jurisdictional Conflicts in the US, 16 J. ENERGY & NAT. RESOURCES L. 16 (1998). [PDF] 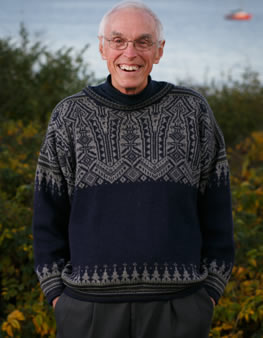