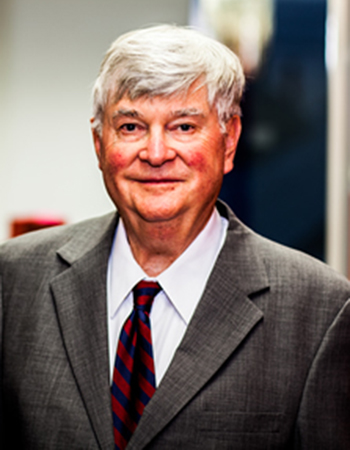 Professor Zarr began his career in 1963 as a civil rights lawyer with the NAACP Legal Defense and Education Fund, where he developed an expertise in helping his clients, including Rev. Martin Luther King, Jr., find refuge in the federal courts.  He conducted civil rights litigation in Mississippi and Alabama.  He later served as co-director of the Massachusetts Law Reform Institute, focusing on poverty law.

He began teaching at the Law School in 1973; from 1977-82 he concurrently served as a federal magistrate judge.  For decades, he helped draft Maine criminal statutes as a member of the Maine Criminal Law Advisory Commission, which advises the Legislature on criminal law matters, and helped draft criminal rules as Consultant to the Advisory Committee on Rules of Criminal Procedure.  Professor Zarr was named the Law School’s 2003 Teacher of the Year for teaching excellence.  He took emeritus status in 2016.

He is an elected member of the American Law Institute.

The Supreme Court’s Long and Perhaps Unnecessary Struggle to Find a Standard of Culpability to Regulate the Federal Exclusionary Remedy for Fourth/Fourteenth Amendment Violations, 62 ME. L. REV. 265 (2010).  [PDF]