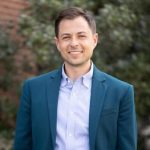 From deep blue California to deep red South Dakota, voters across the country have decided that marijuana should be legal in their states.  With overwhelming bi-partisan support for legalizing marijuana, the question has shifted from “if” to “when” Congress will follow the states lead and legalize marijuana at the federal level.  To date, Congress has considered a number of federal legalization measures—the STATES Act, the CARERS Act, the MORE Act, the CAOA, and more.  Some of these measures would simply end federal marijuana prohibition without making further changes to federal law.  Other bills would go further, creating federal rules for marijuana such as new taxes, a federal track-and-trace program, and funding opportunities for states to promote social equity in their marijuana marketplaces.

Invariably, all of the leading federal legalization measures promise to preserve the authority of the states to regulate marijuana.  After all, states led the way in legalizing marijuana, and in the face of federal prohibition, they have built vibrant marijuana markets that produce thousands of jobs and millions of tax revenues.  But unbeknownst to the bills’ sponsors, each of these measures would decimate the states’ ability to regulate the marijuana marketplaces they so assiduously constructed.  This result would stem not from the express text of any of the legalization measures Congress has considered; rather, it comes from a doctrine of constitutional law called the Dormant Commerce Clause (“DCC”) that federal legalization would activate.

In short, the DCC prohibits the states from unduly restricting interstate commerce in any given market. For the last 25 years, the states that have legalized marijuana have operated under the assumption that the DCC does not apply to their marijuana laws because Congress—by listing marijuana on Schedule I of the CSA—has forbidden interstate commerce in the drug. Pursuant to this assumption, states have adopted a variety of regulations that directly or indirectly restrict interstate commerce in marijuana, keeping their marketplaces intrastate and insular.  These restrictions include, most notably, bans on interstate sales of marijuana and limits on out-of-state investment in local cannabis businesses.  Restrictions like these have helped the states to control the operation and structure of their respective marijuana markets to safeguard public health, promote social equity, and pursue other important policy goals.

Once Congress ends federal marijuana prohibition, however, the assumption underlying these restrictions on interstate commerce will no longer hold. The DCC will indisputably apply to state marijuana laws, and as a result it will threaten to invalidate a wide range of state regulations and the policies they serve. The insular state-based marketplace system in which businesses now operate would meet an abrupt end, replaced virtually overnight by a single, national marijuana marketplace.

In my latest article, Legalization Without Disruption: Why Congress Should Let States Restrict Interstate Commerce, 49 Pepp. L. Rev ___ (forthcoming 2022), my co-author Robert Mikos and I unpack the negative consequences of this abrupt disruption of state authority over marijuana.  We show, for example, that suddenly unleashing the DCC upon state marijuana markets would trigger a regulatory race to the bottom, as states begin to compete for a lucrative but suddenly mobile marijuana industry.  The DCC would also threaten nascent social equity licensing programs states have adopted to boost minority participation in their marijuana markets. Such programs limit eligibility to residents of local communities disproportionately harmed by the war on drugs—a form of geographic discrimination the DCC plainly would not allow. And almost overnight, the DCC would make obsolete investments that thousands of firms have made in existing state regulatory systems and insular state markets.  These are just a few of the problems likely to arise if Congress legalizes marijuana and thereby suddenly unleashes the DCC upon unprepared state lawmakers and the insular marijuana markets they have heretofore maintained.

Fortunately, there is a solution.  It is well-settled that Congress may suspend the DCC by authorizing state regulations that would otherwise run afoul of the doctrine.  For instance, Congress has allowed states to restrict interstate commerce in intoxicating liquors, in certain banking transactions, and in the insurance industry.   In the article, we propose that Congress do the same for state marijuana laws, at least until federal policymakers can craft rules to ensure a smooth transition to a national marketplace.   Drawing on statutory language that Congress used to suspend the DCC for “the business of insurance,” we show exactly how this could be done for “the business of marijuana.”

Several marijuana industry organizations and marijuana reform organizations have come out in support of our proposal to preserve state authority over marijuana.  In letters responding to Senators Schumer, Booker, and Wyden’s draft of a recent legalization bill, groups including the Marijuana Policy Project, the U.S. Cannabis Council, the Parabola Center for Law and Policy urged the Senators to incorporate our proposal into the bill.  Let’s hope the Senators listen.