By Professor Jennifer B. Wriggins
Originally published in the Bangor Daily News 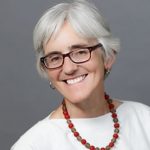 If you go to almost any state court in the U.S. on any given day, you’ll likely see judges and court staff dealing with cases involving domestic violence. This is a huge improvement over 45 years ago when government ignored domestic violence and victims lacked remedies.

Using laws passed in each state between 1976 and 1990, anyone can request a court order to compel an abuser to stop and stay away. These workaday laws known as “protective order” laws, while often unheralded, are one of the most significant law reforms of the 20th century because government, for the first time, created an opportunity for protection against domestic violence. The large majority of domestic violence is by men against women, but the laws allow anyone to ask for relief.

Today we still struggle to promote awareness of domestic violence. In the past it was invisible and simply did not matter legally. Forty years ago, if a wife was injured by her husband and tried to get compensation from him, the legal system essentially told her she was on her own. And the criminal justice system provided no remedy. Partly this was the result of a system that developed to prosecute events that happened in the past, rather than to prevent new crimes from occurring. A protective order is a forward-looking device that aims to provide “effective, short term protection against further abuse,” as Maine’s first law, passed in 1980, put it.

The protective order laws did not appear out of thin air. They passed through the hard work of grassroots activists and their allies in every state. These advocates insisted that violence taking place in private was as serious as violence in public. They also said government should do more to protect against and stop private violence.

The laws are written in straightforward language so that people can go to court without a lawyer. They allow temporary orders based on a sworn affidavit and the possibility of a longer-lasting order after a hearing where both parties have an opportunity to testify before a judge. This structure of temporary and then longer-lasting orders is modeled on procedures long found throughout U.S. law. Some defendants at first argued that the laws were unconstitutional, but courts upheld them; their use is routine today.

The Maine Legislature has revised the laws many times when events or new information have warranted it. For example, in 1987, a lesbian’s request for a protective order was rejected because the judge thought the law did not protect members of same-sex couples. Two years later, the Legislature clarified the law protected these couples.

Similarly, at first Maine’s protective order laws did not protect against the harm we now know as stalking, including harassing by repeatedly following someone. One woman’s ex-husband murdered her in 1989. She had asked for protection in court because of his ceaselessly following her. But the request was turned down. In 1995, following her and other deaths, Maine lawmakers added protections against stalking.

We live in a time when there are huge debates about the role of government and the purpose of laws. It’s more important than ever to celebrate and learn from the achievements of grassroots activists and the lawmakers they persuaded through their persistent, informed advocacy. Protective orders have evolved over time to address the needs of Mainers because of good-faith partnerships between advocates and legislators. The laws they passed together began to protect people from the use of force in private for the first time – a huge step forward.