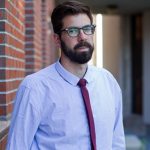 President-elect Trump will take the oath of office with an ambitious tax reform agenda in tow.  A cornerstone of that proposed reform package will be a reduction in the corporate income tax rate.  On the campaign trail, and in published policy proposals, Mr. Trump has suggested that he will propose a new corporate income tax rate of 15% (a significant reduction from the current rate of 35%).  Regardless of the precise figure, it is a safe bet that his administration will work to lower the corporate income tax rate, which, thanks to the Sixteenth Amendment (“the Congress shall have power to lay and collect taxes on incomes, from whatever source derived”), will require an act of Congress.

President-elect Trump will also take the oath of office having made scant public statements on the issue of climate change.  True enough, as many have noted, the few statements he has made (some of the most notable being in the form of Tweets) indicate, at best, a desire to scrap the Obama administration’s rules targeting carbon emissions (most notably the EPA’s Clean Power Plan) and, at worst, outright denial that climate change is happening at all.  Largely due to these statements, many are wondering if any semblance of federal climate policy will endure the next four or eight years.  It is certainly a safe bet that the environmental policy of a Trump administration will significantly depart from the path outlined by President Obama.

So what’s this about a carbon tax?  A carbon tax has long been the favored policy instrument of economists studying the climate change problem.  Carbon dioxide is by far the most prolific greenhouse gas contributing to global climate change.  A tax on it efficiently shifts the costs of carbon emissions, currently borne by society, to the emitters who benefit from them.  Despite its simplicity and potential efficacy, a carbon tax has never really been a viable option due to political opposition to new taxes of any kind.  With tax reform firmly on the President’s Trump legislative agenda, lawmakers concerned with climate change may do well to renew the discussion of a carbon tax as part of a larger reform package.

Three features of the situation described above work together to present perhaps the last-best opportunity for a carbon tax.  First, any tax reform package must have bipartisan support to pass Congress.  A carbon tax may prove to be a valuable bargaining chip.  Second, a carbon tax is an entirely different regulatory approach than that of President Obama.  It would replace the Clean Power Plan and potentially eliminate the need for any further EPA regulations on carbon emissions.  Third, and perhaps most importantly, any proposed reduction in the corporate income tax, or payroll tax for that matter, provides the opportunity to make a carbon tax revenue neutral.  It is safe to say that, at least initially, corporate tax revenues would decrease if the corporate income tax rate is lowered.  Over time, if businesses return from overseas and/or others simply grow larger (both predictions that President-elect Trump is banking on) the tax base would increase and revenues would climb back up.  A carbon tax would operate in exactly inverse fashion and thereby take the edge of an initial decline in revenues.  At firs

t, carbon tax revenues would likely be high as corporations generally lack the ability to immediately reduce emissions, but, as time passes, corporations would invest in energy efficiency and renewable energy generation to reduce their emissions and their tax burden (i.e. revenues).

Behavioral economics teaches that once a new lower tax rate is in place, actors will recalibrate their default or baseline scenarios, experiencing losses or gains depending on variation from the new rate, not historical rates.  In other words, there will be only one chance to make a deal on the carbon tax; here’s to hoping it is an artful one.