Professor James Friedman joined the Maine Law faculty in 1980, and assumed professor emeritus status in 2014. He taught courses in constitutional law, philosophy, labor law, and terrorism. He also served as a visiting professor and visiting scholar in the U.S., Europe, and the Middle East.

Professor Friedman has pursued a long-term interest in the legal and ethical issues posed by counterterrorism as a visiting professor at the Faculty of Law, University College Galway, Ireland; as a visiting scholar at The Hebrew University of Jerusalem; and as a visiting professor at The United States Military Academy at West Point, for which he received the U.S. Army’s Commander’s Medal for Public Service. He has had the opportunity to examine British, Israeli, and American responses to terrorist attacks. During one of many visits to Israel and the West Bank, Professor Friedman published a paper in the Israel Law Review on Hannah Arendt, the Eichmann Trial, and Justice Jackson at Nuremberg. This article is now in the permanent collection of the Peace Palace Library at the Hague, as well as in the American Institute for International Law’s Library on War Crimes. Another of his articles, “On the Dangers of Moral Certainty and Sacred Trusts,” defended the free speech rights of women’s health clinics in Dublin, and was published by the Dublin University Law Journal at Trinity College Dublin.

Professor Friedman maintains strong interests in American history, Israeli history, military history, and philosophy of science. Prior to coming to the Law School he was a post-doctoral fellow and research associate at the Woods Hole Oceanographic Institution. He then served as the Distinguished Preceptor in Law and Liberal Studies at Brown University, an honors program. 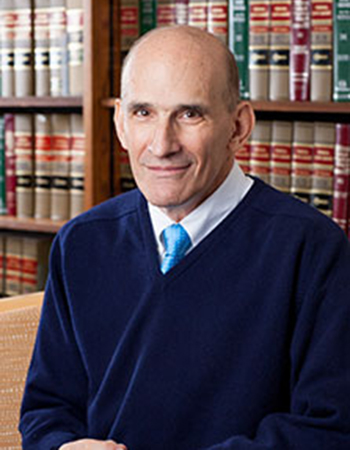