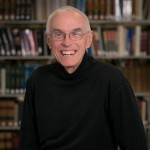 The book’s chapters consider both recent technological and legal innovations which have stimulated a rapidly changing world energy market. Among the technological innovations studied are: hydraulic fracturing and horizontal drilling; innovative and small scale nuclear technologies; “smart” technologies for the use of electricity; hydrogen and biomethane technologies; electricity storage technologies that can advance the development of renewable energies; and combined heat and power technologies. Legal responses to the new technologies have involved the following: deregulation of energy enterprises; granting of power to international legal systems; movement of some regulation towards local governments; and greater attention to the broader impact of technology’s consequences for climate change, energy security, and energy poverty.

The chapters emphasize the wide variations in national priorities regarding energy. China and the United States presently reflect “all of the above” approaches to energy development. Russia, Canada, and Colombia study the necessity of sustaining major exports of fossil fuels that drive their economies. The Middle East shows evidence of moving away from overwhelming dependence on domestic supplies of fossil fuels. Lastly, the European Union leads the world in shaping energy policy to the needs to mitigate climate change.

Part of the challenge of this over two year project has been the political changes that have taken place during 2015-2018. Major among these changes were Great Britain’s exit from the European Union (“Brexit”) and the election of Donald Trump (with a climate change and energy regulatory skeptical agenda). Despite these changes, however, many of the innovations discussed appear to be long-lived.

The book is the ninth in a remarkable collaboration between the International Bar Association’s Academic Advisory Group and Oxford University Press.  Among earlier titles have been Energy Security, The Law of Energy Underground, Human Rights in Natural Resource Development, and Beyond the Carbon Economy.

This is the fourth book on which I’ve had the privilege of serving as the lead editor as well as an author. The labors are worthwhile. I’ve had the joy of collaborating with a worldwide group of academics and lawyers dedicated to energy issues. An equal pleasure has been working with Oxford University Press, with its 500 year record of being the world’s most outstanding publisher.