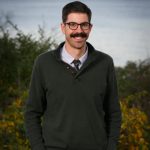 It is hard to believe that it has been more than two years since the people of Flint, Michigan endured a very public crisis brought on by their government’s mismanagement of the city’s drinking water supply.  Specifically, in an attempt to save money, the city shifted its drinking water source from Lake Huron (Detroit’s supplier) to the Flint River. Flint officials declined to utilize a corrosion control agent to protect the city’s pipes from leeching into the water supply. Predictably, lead from the pipes ultimately contaminated the water. Despite officials’ assertions that the water was safe to drink, this contamination has resulted in 87 cases of Legionnaires’ disease, including nine deaths, beginning in the spring of 2014.

The Michigan Attorney General charged six officials with involuntary manslaughter for failing to act to prevent the crisis. You may be wondering what has come of these cases. Years after the initial indictments, we may be getting closer to trial by jury. A preliminary probable cause hearing that has stretched the month of March will conclude with a determination from a Michigan judge as to whether Michigan Health and Human Services Director Nick Lyon will stand trial for involuntary manslaughter. The other defendants will likely face similar fates.

If any (or all) of the six defendants facing manslaughter charges actually go to trial, the results will test a theory of criminal culpability discussed in my most recent article in Penn State Law Review.

Put in overly simple terms, the piece starts from the premise that the unjustified knowing killing of another person is wrong. That rule holds in almost all systems of morality; it is as close to a universal principle as we might expect to find.  It matters not whether that life is a named individual with whom the perpetrator is well-acquainted or some indeterminate person in a remote location. Professor Lisa Heinzerling rightly observed that this rather simple moral intuition should play a role in decisions about environmental problems. My article builds on her observation by arguing that there is a role for criminal prosecution when government officials make decisions about environmental policy with the knowledge that human lives will be lost as a result.

Thanks in large part to advances in technology and scientific understanding, those responsible for making decisions about the cleanliness of our environment have the ability to obtain, and do in fact possess, knowledge that could satisfy the intent element of a crime. The experience in Flint exemplifies this observation.

I argue that government entities, not just the individuals that compromise them, face potential criminal liability for environmental policy decisions. The criminal law has evolved to allow for prosecution of corporate entities; there exists no meaningful distinction between types of entities in the law of intent.

While the investigative record in Flint indicates that a number of government entities could have been found culpable – from the Michigan Department of Environmental Quality to the Flint Water Department to the U.S. Environmental Protection Agency (EPA) – none were charged. I will have to wait for another case to test that part of my argument. Nonetheless, the core claim that environmental policy decisions can equate to criminally culpable killing lies at the heart of the Flint indictments. 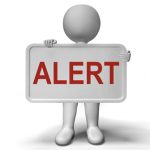 The charges allege that the officials failed to properly alert the public about the Legionnaires’ cases, withholding crucial information that might have prompted members of the community to avoid the water had they known of the water quality issues. The charges specifically assign responsibility for the death of one victim, though there were many. Government emails from 2014 to 2016 provided the basis for the charges, demonstrating that certain officials were aware of the pattern of Legionnaires’ cases, but that they failed to act.

These types of manslaughter charges based on environmental policy – even against individuals within the government – are extremely rare in the United States and mostly unprecedented. These cases test the underlying observation that motivates my piece – knowing killing by policy action (or inaction) cannot be meaningfully distinguished from knowing killing by a physical instrument. If a Michigan jury finds these government individuals guilty of manslaughter (or they enter guilty pleas resulting in convictions), significant precedent will be set that lays the groundwork for government entity criminal liability on the basis of environmental decision-making.

Commentators and scholars have engaged in a lively debate about the likelihood of obtaining convictions in these cases. Some, like Professor Peter Henning, stress the difficult task facing the prosecution in proving a direct causal relationship between the government inaction and the outbreak of Legionnaires’ disease. Establishing direct causation is particularly difficult because, unlike most homicide cases, the defendants’ decision at the heart of these cases was an act of omission, rather than commission. Whether or not one can be criminally culpable for a failure to act would likely be a question common to many future cases against policymaking individuals or entities. Often the deadliest environmental policy decisions are decisions to do nothing to control a pollutant, preserve a natural resource, or address an environmental condition. As in almost any case involving environmental law, expert testimony will feature prominently- here, in the context of the Flint water crisis, demonstrating the connection between the lead contamination and Legionnaires’ disease. Testimony in these cases would also have to show, however, that the information known to officials clearly indicated that death would result from inaction.

According to at least one former chief of the Environmental Crimes Section of the United States Department of Justice, it is not outside the normal bounds of the criminal law to apply manslaughter to circumstances where death results from exposure to unabated environmental contamination, provided the requisite knowledge on the part of government officials can be proved. The Flint cases, in particular, benefit from many years of well-established scientific, economic, and health research on the effects of lead and prevention of its inclusion in drinking water. The cost-benefit analyses, showing that many lives would be saved if a few dollars had been spent, have been done many times over.  Indeed, much of the public is aware of the danger lead poses, particularly to children. In other words, it should not be too difficult to demonstrate that knowledge of the existence of lead in drinking water meant knowledge that children would die.

The need to pursue criminal justice, international or otherwise, for overt actions that directly harm other human beings presents the strongest argument for government entity culpability. But what of situations, like Flint, where it is the government entity’s failure or refusal to act that results in death? I would contend that the entities, as well as the officials in this case, deserve criminal condemnation.

Needless to say, I am keeping a watchful eye on the proceedings in Michigan. You should too.