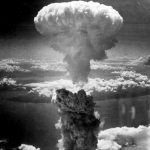 Pyongyang claims to test a hydrogen bomb, Defense Secretary James Mattis warns of “massive military response,” the United Nations Security Council meets in emergency session, and the United States enhances all three legs of its nuclear triad: land, sea, and air-launch capability. Has our planet reverted to a Cold War, are we on the cusp of a hot war, or something in between?

World War II concluded with the nuclear bombing of two Japanese cities by the United States. Thereafter, America and the Soviet Union were locked in a nuclear arms race, testing weapons in the atmosphere and then underground as weapons technology progressed. This was the Cold War. The objective of superpower elites was that the Cold War not become hot. To that end, the most relevant nation-states  embraced the doctrine of deterrence with commensurate international legal instruments designed to control and limit nuclear weapons. Are we witnessing the collapse of this architecture?

In 1963, the United States, the Soviet Union, and the United Kingdom concluded the Treaty Banning Nuclear Weapon Tests in the Atmosphere, in Outer Space and Underwater (Test Ban Treaty). In 1965, United Nations General Assembly Resolution (Res. 2032 XX) on the Urgent Need for Suspension of Nuclear and Thermonuclear Tests expressed the growing sentiment – a normative evolution – that all tests should be banned. In 1970, the Treaty on the Non-Proliferation of Nuclear Weapons (NPT) was concluded with the objective of controlling the spread of nuclear weapons technology – i.e., keeping the nuclear club exclusive. France was determined to join the nuclear club and continued above ground testing in French Polynesia leading to the International Court of Justice (ICJ) case of Australia v. France (1974 ICJ). Pacific populations objected to living under nuclear fallout, so Australia sued on their behalf. Eventually France was able to move its testing below ground and the matter, so to speak, dissipated.

The preeminent Cold War doctrine was massive retaliation. The threat to eviscerate major population centers in response to a nuclear attack was the opposite end of the spectrum from a limited nuclear war conducted with tactical battlefield weapons. From the end of the Second World War, national political elites built an international system whose stability was founded upon developing and maintaining weapons that no rational actor wished to use. Non-use was clearly in the “common interest,” to use a term Myres McDougal introduced into international law.[1] The global war system continued in equipoise because of the doctrine of deterrence which in essence was mutual assured destruction. Winston Churchill fully endorsed the doctrine, “There is only one sane policy for the free world…defense through deterrence.”[2] 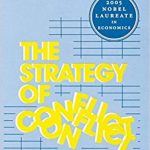 A number of years ago as a research assistant to Professor Thomas Schelling, who would later win the Nobel Prize in economics, I learned how game theory applied to nuclear weapons doctrine and policy. In his book, The Strategy of Conflict,[3] Schelling proposed ways to make threats credible so that enemies would be less inclined to attack – this included a country committing itself to a position from which retreat would not be possible. The function of nuclear weapons was to deter comparable use by an adversary. As Dr. Strangelove explained “Deterrence is the art of producing in the mind of the enemy… the FEAR to attack.”[4] Thomas Schelling, who advised Stanley Kubrick on the film, underscored that a key aspect of deterrence is “to focus on the interdependence of the adversaries’ decisions and on their expectations about each other’s behavior.”[5]  The deterrence doctrine of Mutual Assured Destruction would deter radical changes in the bipolar balance of power insuring no vital interests were threatened. It was effective from the end of World War II into the 21st Century.

The post-Cold War international political system and the international legal system are different today. Norms and prescriptions do not remain constant, they can erode and terminate. There had been an inchoate nuclear weapon norm of “no first use.” What is the status of that norm today? The old nuclear club of States is no longer restricted to the five permanent members of the United Nations Security Council. Despite the NPT there are more nuclear States, and potentially non-State actors, which could pose a threat to the entire international system. And soon there were new nuclear flashpoints – India and Pakistan over Kashmir, Iraq over once presumptive weapons of mass destruction, and North Korea against the world. 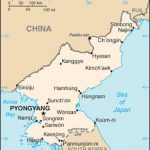 In 1994, North Korea promised to abandon its nuclear weapons program and U.N. /I.E.A. inspections in return for fuel oil and the building of nuclear power plants by the U.S. and its allies. In 2002, it was discovered that North Korea had been secretly pursuing the development of uranium-based nuclear weapons and revised the Yongbyon nuclear reactor complex capable of producing weapons-grade plutonium. Pakistani nuclear scientist Dr. A.Q. Khan sold nuclear weapons technology to North Korea. On January 10, 2003, North Korea withdrew from the NPT Treaty. North Korea stated that sanction would mean war, and on February 24, 2003 they fired a short-range missile into the Sea of Japan. All attempts at negotiation to reign in the North Korean nuclear program have collapsed. The regime has become increasingly isolated and the nuclear weapons program continues.

“Each Party recognizes that an armed attack against either Party in the territories under the administration of Japan would be dangerous to its own peace and safety and declares that it would act to meet the common danger in accordance with its constitutional provisions and processes. Any such armed attack and all measures taken as a result thereof shall be immediately reported to the Security Council of the United Nations… Such measures shall be terminated when the Security Council has taken the measures necessary to restore and maintain international peace and security.”  (Article V)

The 1953 Mutual Defense Treaty Between the U.S. and the Republic of Korea provides in pertinent part, “Separately and jointly, by self-help and mutual aid, the Parties will maintain and develop appropriate means to deter armed attack.” (Article II). Furthermore:

“Each Party recognizes that an armed attack in the Pacific area on either of the Parties in territories now under their respective administrative control…would be dangerous to its own peace and safety and declares that it would act to meet the common danger in accordance with its constitutional processes.” (Article III).[6]

In addition to self-defense and Article 51 of the United Nations Charter, these instruments provide legal bases for a United States military response.[7]

Can a State lawfully use or threaten the use of nuclear weapons? Twenty-one years ago the ICJ considered that question in the case, Legality of the Threat or Use of Nuclear Weapons. The Court held, it could not “conclude definitively whether the threat or use of nuclear weapons would be lawful or unlawful in an extreme circumstance of self-defense, in which the very survival of a State would be at stake.”[8]

The opinion of the Court, which is a tribunal of consensual jurisdiction in a decentralized legal system, is only one optic on the international law of the matter. How does one know whether the holding is effective law? Answering the question requires empirically examining the expectations of authority and control concerning nuclear weapons policy as expressed by politically relevant actors. How do States (specifically national elites) behave and how does the world react – then and now?

On the ICJ holding in the Legality of the Threat or Use of Nuclear Weapons, Michael Reisman wrote “it is the self-perceived threatened State that makes the initial, operational and irrevocable decision that it is in an ‘extreme circumstance of self-defense.’ What is the Court saying to security specialists in States that feel they are under significant threat?… This holding is not a theoretical abstraction.”[9] Did the decision further the acquisition of nuclear weapons thereby contributing to our 21st Century proliferation problem? From the Pyonyang perspective, and to paraphrase the Court, is the very survival of North Korea as a State at stake?

After the Cold War, international security specialists such as historian Paul Kennedy were thinking about new security issues. [10] I directed a project on new issues in international security at a research center chaired by Kennedy where we studied issues such as refugee flows, human rights, globalization and terrorism, and climate change.[11] But the old Cold War security issues never went away. As Kennedy recently wrote in the Wall Street Journal, “How do you measure…the shape of that historically most important happening – the Cold War?”[12] The biggest threat remained – humanity could still blow itself up. And on the Korean Peninsula, the Cold War was ever-present.

In the 2002 article, Clash of Globalizations, Stanley Hoffmann wrote that:

“rivalries among great powers (and the capacity of smaller states to exploit such tensions) have most certainly not disappeared…the existence of nuclear weapons has produced a certain degree of prudence among the powers that have them. The risk of destruction that these weapons hold has moderated the game and turned nuclear arms into instruments of last resort…efforts to slow down the spread of all weapons of mass destruction especially to dangerous ‘rogue’ states, can paradoxically become new causes of violence.”[13] 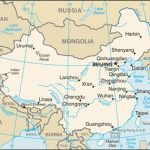 Henry Kissinger believes the two great powers to resolve the North Korea problem are China and the U.S. He recently wrote, “China shares the American concern regarding nuclear proliferation; it is in fact the country most immediately affected by it…China at this point may have an even greater interest than the U.S. in forestalling the nuclearization of Asia.”[14] China prepares for its 19th Communist Party Congress this month. The diplomatic road to managing the reclusive North Korean regime may run through Beijing.

After North Korea launched an inter-continental ballistic missile (ICBM) over Japan President Trump declared, “They will be met with fire and fury like the world has never seen.” Did this statement instill fear in Pyongyang resulting in behavior modification? Pyongyang subsequently tested a claimed hydrogen bomb. Defense Secretary Jim Mattis stated that the United States will answer any threat from North Korea with a “massive military response – a response both effective and overwhelming.”  Statements that appear to be policy pronouncements are closely appraised by the elites of the world’s capitals. “Who says what, in which channel to whom, with what effect?”[15] Observers look for these rubrics of strategic clarity: (1) the content of the policy statement, (2) the expectation of authority in response to the statement, (3) any control intention (sanction) behind the statement, (4) the target audience or actor who may be non-rational or for whom, to paraphrase the judgment from the ICJ, believes – the very survival of his State would at stake. The legal architecture of our world public order is designed to minimize violence and unauthorized coercion. Yet we are now at a moment where, to paraphrase Ralph Waldo Emerson – events are in the saddle and ride mankind.[16]

[4] From the Stanley Kubrick film, Dr. Strangelove or: How I Learned to Stop Worrying and Love the Bomb.

[6]When the United States Senate gave its advice and consent to ratification of the instrument this statement was added: “It is the understanding of the United States that neither party is obligated under Article III of the above Treaty to come the aid of the other except in the event of an external armed attack….”

[7] United Nations Charter Article 51: “Nothing in the present Charter shall impair the inherent right of individual or collective self-defense if an armed attack occurs against a Member of the United Nations….”

[15]  This query was formulated by the policy Scientist Harold Lasswell to appraise all forms of political communication. The Communication of Ideas. (1964)

[16] Ralph Waldo Emerson, Ode to William H. Channing. The passage reads “Things are in the saddle, And ride mankind.”